Although there was television in the 50s and the growing phenomenon it was, radio was still significant.  The advent of rock ’n roll and the transistor radio made this  communication instrument ubiquitous.  However, radio had once been the staple of my father’s professional life.  In my infancy he had been president of the Radio Writer’s Guild and through my adolescence he wrote both radio and television shows about higher education.

At William J. O’Shea Junior High School the absolutely funniest joke during my tenure was the one about the elephant and the monkey in the bathtub, the elephant says “please pass the soap” and the monkey responds “no soap radio”.  We thought that this was extremely humorous.  Adults didn’t get it, which made it funnier.  You see, there was nothing funny except that it wasn’t.

I suppose the monkey could have responded with no soap, toilet paper but he didn’t.  It would not have made a difference but my point here is that in the early 60’s radio was still important.

We West Side kids grew up with radio which was joined by TV to be our entertainment along with our street games and board games.

To my life, radio was much more.

In our west side apartment one could always hear the fire department radio.  The receiver was in dad’s study and the extra speaker hung in the corner of the dining room.  Dad and I were always alert to hear our corner’s fire alarm box, one-one-three-eight and any radio calls for multiple alarm fires that would inevitably send him running off to the Red Cross building to get the canteen out to go to Bickford’s and then the fire scene to serve soup and sandwiches with other members of the Third Alarm Association.  The radio stayed on until dad’s death in 1970.

The other radio in my life was of course rock & roll stations that brought dancing into our lives at PS9 and JHS44.  There were other stations and disc jockeys but ABC was dad’s employer, and therefore a favorite, even if he didn’t appreciate our music.

Later there was the Citizens Band radio I used as a commuter.  My handle was “gingerale”.  I was driving a green rabbit.  I joined the “six-nine convoy” and always had friends on the road.  When I began to commute with a colleague she got the handle “rider”.  The convoy met Thursday mornings at a fast food place on Astoria Blvd., it was already the 1980’s.

The comings and goings of radio in apartment 9E went beyond the constant squawking of the fire department dispatchers to shows dad had a part in.  He was known to have programmed much of the network’s music for the weekend immediately following the murder of President Kennedy.  He tried to market “Your Fire Reporter”.  He produced and wrote “Disaster” for the American Red Cross and a public service program called “Meet the Small College”.  Before my birth there had only been radio and filmmaking in his career.

As a teen walking home from “44” across 77th Street to get to Broadway and then uptown to 83rd Street you would find me with my pocket size transistor radio, like most of my friends.

At home we played records but on the street it was radio.  Sometimes strolling and sometimes while playing stoop ball or handball, the radio would provide background noise.  It was a tool of presidents and mayors and a source of support for my family.

Dating was something that did not mean going out much.  It meant being a couple, going to parties, walking her home, an occasional movie date and sometimes making out.  The old West Side provided many opportunities from Rudley’s diner like atmosphere on the way home from JHS 44, to the Woolworth’s counter and movie theaters all over the place: Loew’s, Beacon, New Yorker, Thalia and many more. This post briefly explores some of my adolescent failures.  They were once embarrassing; now they’re amusing.

We moved through our classmates in elementary school, well I didn’t during fifth grade and sixth grade going steadily with one girl as explained in an earlier post.  We certainly moved through junior high too.  At William J. O’Shea Junior High School 44 we were afforded new opportunities as that school was fed by several elementary schools bringing news girls and boys together.  As far as I knew there were few if any “fast” girls in my classes.  And if truth be told, I would not have known what to do.

There was no such thing as sex education in those days.  As progressive as the West Side was, we  were left to grope our way through relationships.

It wasn’t like we didn’t know the difference between boys and girls.  Those of us with older sisters knew a little more than those with male siblings.  I can still tell you the name of the first girl to wear a bra in elementary school.  And bra strap snapping was all the rage at some point in junior high school.

I know there was some sexual exploration between boys.  This was relatively innocent and very secretive exploration of our bodily capabilities.

I engaged in a lot of post office and spin the bottle, kissing was the thing, but I failed to engage in anything more because of rejection as noted in the previous post or my naiveté.

I recall a couple of “fast” girls I did not know what to do with.  They will remain un-named but it was my innocence that left my virginity in tact beyond many of my friends.

I think it was my senior year at Stuyvesant when a young woman  took me to her east side apartment with no one else home and offered me everything.  I was a total failure, having no clue.

And there was another girl at another time, home alone and not knowing how to get my hands where I wanted them.

Summers were interesting as my friend Jon has pointed out.  There was no paucity of girls who wanted to be girlfriends.  I must have been something because the younger girls with crushes were numerous.  With them, of course, nothing happened.  In fact nothing serious happened with my peers either.  I was what I was, at the least unknowing innocent.

The trip from the West Side to Yonkers was made for numerous summers.  The day camp, now a housing development, was an escape from the school year routine of park play in Riverside Park and the parties in typically large West Side apartments. 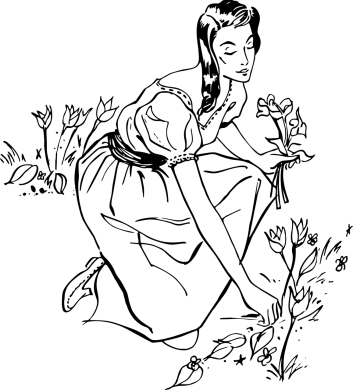 Every girl I can recall was amongst the prettiest, summer or school.  By late in high school I regretted not having responded to a less attractive junior high girl who was mad about me. Regretted because by then I had  better understanding of relationship potential with someone who cared.

I had a college friend in those hippy, free love days, who would say, when introduced to a girl “Hi, I want to ball you”.  It didn’t work often but it did work.  This was not my approach or my ultimate way to success.

I think that teenagers these days are very different from the way I was but I suspect that there are plenty of Kennys still around.  Some wondering what they are missing and some not.

Image by b0red from Pixabay