Today, I know that walking is good exercise.  When I am able, I do.  In my days on the West Side there were many opportunities but I would not have called them exercise.

Most of my West Side life was confined to the area bounded by Riverside Drive, 76th Street, Central Park West and 86th Street.  My independent walking began with going to school, PS9, on West End Avenue and 82nd Street.  I only had to cross one street, Broadway, which as I’ve said before was often guarded at 82nd by Sam the cop with the size 13 shoe.

First, of course, there was navigating the halls and elevators of 222.  Not a lot of walking involved here; to the elevator, sometimes across the lobby and from the elevator.

In those days, all lobby and elevator personnel were men; doormen and elevator operators.  At 222 there were among them Big Eddie and Little Eddie.  The two Eddies did everything in the building that was not the work of the handyman.  They were doormen, elevator operators and garbage collectors.  Every member of the building staff was male.  Today, in my queens building there is often a woman covering the door duties.  The first one was a notable addition, since then I barely notice.

On my side of the building there were apartment E, F, G & H.  One had no backdoor.  It was next to the service elevator which was used to move furniture and garbage and operated by the aforementioned men and the superintendent.  On the other side of the building were A, B, C & D and a different arrangement of  back doors and service elevator.  Apartment living meant you did not have to walk far to put out the garbage.  On Long Island it was different, depending upon where you lived. 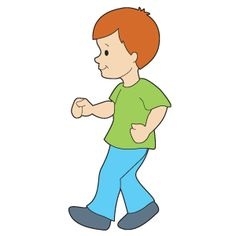 When we weren’t indoors or playing in the street immediately adjacent to 222 we would walk.  By the time we got to junior high I was walking about 8 blocks to school every day.  There was always plenty to see, people and stores along the way and of course the friends. And, we all carried brief cases, no backpacks in the 50s and 60s.

For play there was walking to friends’ homes along West End and the side streets and there was the two block walk to Riverside Park.  Walking to Central Park required an adult for many years; there were tough kids between Amsterdam and Columbus.

In Riverside Park we were pretty free to roam, just not too far, until we were teens.

My longest and most regular walking began in late high school and continued well into college.  It was the stroll from 222 to 72nd and Broadway and back.  This was the thinking walk.  When there was something wrong I was having trouble working out I went for this walk.  The process was to list everything I could think of that could be the source of my discomfort and wait for the stomach to start hurting.  That was the issue that needed addressing.  It worked for me.

My longest regular walk was my first real job on 61st and Broadway.  Every morning in August 1972 I would start out walking South on Broadway and stop at Irving’s for my NY Times.  Although Mrs. Miller had taught me the correct way to fold the paper I often walked all the way with it spread in front of me.  I rarely looked up at corners.  The NY kid in me had the hearing in those days to know when to stop at the corner and wait for traffic pass.  Although I started on the East Side of Broadway, I spent most of the walk on the West Side.

I guess I never really appreciated the ability to walk briskly and anywhere until recently when problems have developed.  But I have now been reminded of the little pleasures walking brings and will work to get them back.