I am a city boy; born and bred in Manhattan and schooled publicly, I could not be anything else.  I believe that early on I was expected to attend one of New York City’s exceptional high schools.

Me, I had a decision to make in the ’62-’63 school year, Stuyvesant or Bronx Science?  All boys or co-ed?   The test was the same, as it still is.  I chose Stuyvesant; not because of its academic excellence but because it was all boys.  I knew then that if I went to Bronx Science and there were girls in my classes I would not pay attention.  I think that was pretty insightful for one so young.

My three years at Stuyvesant were many things. 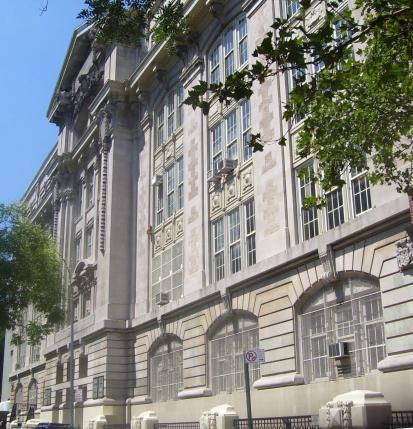 My social life in high school was incredible.  I believe this to be true because I had to work for it.  While Hunter girls were our cheerleaders and we had dances with the girls from Julia Richmond, it was hanging out after school with students of the Franklin School that yielded relationships.

The “brat” did reappear in high school.  I was too small to play football but made friends with team members.  This gave little me the protection I needed to do stupid and one time dangerous things to lower classmen.  This was the downside of the all boys school.

During the transit strike of 1965 when Michael Quinn was calling him Mayor Lindsley we had to find our way to school.  83rd Street and Broadway to 15th Street and First Avenue was not going to be easy.  But I had a friend, football player, a little older, drove a mustang convertible.  All I had to do was get to the East Side and Billy picked me.

High School was filled with adventures and things of which today I am not proud.  Most of the latter were because of the crazy culture of an all boys school and the difficulties between classes (seniors, juniors…)

There was the riot over a football game with DeWitt Clinton in which I took part.  That occurred on the day JFK was murdered.  A day never to be forgotten.

There was paying with pennies in the cafeteria to force the principal to let us go to the 1964 World’s Fair.

There was tripping younger students in the hall and being disrespectful to the young French teacher that resulted in her running from the classroom.

Who knows if I would have done better in the Bronx Science environment where I would be trying to impress the girls instead of the guys?